In anticipation of the release of new BBC Sherlock Holmes episodes, Jessie and I read a collection of Sir Arthur Conan Doyle’s short stories. The collection includes the first twelve of Doyle’s “Sherlock Holmes” stories, originally published in Strand Magazine. While reading these stories, I began to recall an essay by David C. Steinmetz titled “Uncovering a Second Narrative” (in The Art of Reading Scripture edited by E. Davis & R. Hays). In that essay, Steinmetz uses detective novels to explain what he calls the “second narrative” at work beneath the story of Scripture. The second narrative, he says, can only be explained at the revelation of a detail previously unknown to the reader. Upon discovering that detail, the reader is able to fill in the blanks in the narrative, finally culminating in the mystery being solved. For Steinmetz, Christ is the detail that helped to reveal the second narrative that underlies the entire biblical drama.

What I found in Sherlock was perhaps less profound but no less helpful in our quest for learning to read the Scriptures well. So, let us ask, What may we learn from Sherlock Holmes about reading the Bible?

At several points, Doyle directly contrasts the impeccable astuteness of Holmes with the comical, yet ordinary, averageness of his companion, Dr. Watson. (Watson, it seems, is the character burdened with representing the majority of Doyle’s audience. In other words, Watson gives us as readers our own place in the story.) I want to learn from two of the points when the contrast between Holmes and Watson is at its starkest.

The first comes from “A Scandal in Bohemia.” This is the story that introduced the world to Holmes and Watson for the very first time. Having just heard Holmes explain his deductions, Watson admits “When I hear you give your reasons, the thing always appears to me to be so ridiculously simple that I could easily do it myself, though at each successive instance of your reasoning I am baffled until you explain your process. And yet, I believe that my eyes are as good as yours.” To this, Holmes responds, “Quite so. You see, but you do not observe. The distinction is clear.”

The second example comes from “A Case of Identity.” Once again, Holmes has made his deductions regarding the case of a woman whose lover went missing on the morning of their wedding. Watson comments about their interaction with the woman, saying that Holmes “appeared to read a good deal upon her which was quite invisible to me.” Holmes, in his typical forthrightness, answers, “Not invisible but unnoticed, Watson. You did not know where to look, and so you missed all that was important. I can never bring you to realize the importance of sleeves, the suggestiveness of thumbnails, or the great issues that may hang from a bootlace.”

I am quite drawn to Holmes’ making a distinction between seeing and observing as well as the distinction between invisible and unnoticed things. He uses, for example, the staircase into his and Watson’s 22 Baker Street apartment to make the first distinction. Holmes asks Watson how many steps lead up to their apartment. Watson confesses that he does not know. How many times have you seen the steps, Holmes asks. “Well, some hundreds of times,” Watson answers. “Quite so!” Holmes exclaims. “You have not observed. And yet you have seen!”

Holmes, in the first place, teaches us to observe the scriptures. By observe I mean to read them as if it is our first time seeing them, praying for the proverbial scales to fall from our eyes as we read prayerfully and faithfully. This is perhaps one of the most difficult things to overcome in biblical interpretation. For example, I have heard many Bible-literate Christians make arguments for upholding the death penalty because, as Romans 13 says, it is the government’s duty to “bear the sword” (Romans 13:4 NASB). I had seen that passage hundreds of times, like Watson seeing the stairs. But it was not until I read John Howard Yoder that I observed that the “sword” was not a reference to the government’s executionary role. Why not? The answer is obvious. “The sword (machaira),” writes Yoder, “is the symbol of judicial authority. It was not the instrument of capital punishment, since the Romans crucified their criminals” (Politics of Jesus, 2nd ed., 203). Yes, the passage is a warning against evildoing and indicates that the government can be ruthless towards lawbreakers. But it does not, by referring to the sword, suggest it is the Divine sanction of the government to execute. Paul is indicating, instead, that the “government exercises dominion over its subjects by appeal to violence, not the execution of capital offenders” (p. 204). Their dominion is meant to preserve order, not to deal in death.

This revelation helps me to recognize that, despite my best efforts, I bring to the Bible innumerable assumptions. While we cannot shake these assumptions altogether, we can learn to better observe the words we are reading so as not to let them fall victim to our assumptions. Doyle describes Holmes as “a man who, when he had an unsolved problem upon his mind, would go for days, and even for a week, without rest, turning it over, rearranging his facts, looking at it from every point of view until he had either fathomed it or convinced himself that his data were insufficient.” We must learn to read the Scriptures in this way. Though the Scriptures are not intended to hide God’s meaning from us, they are not altogether plain and simple. They require our closest attention and our best analytical abilities.

This leads us quite naturally to the second point, that is, things are not invisible but unnoticed. Origen, a great early interpreter, believed that certain “problems,” as we call them in modernity, were placed into the Scriptures by the Holy Spirit to cause us to stumble. In our stumbling, Origen thinks, we are forced to slow down and give our attention to details and notice the “hidden” or “spiritual” meaning of the text. In his On First Principles, he writes:

But as if, in all the instances of this covering (i.e., of this history), the logical connection and order of the law had been preserved, we would not certainly believe, when thus possessing the meaning of Scripture in a continuous series, that anything else was contained in it save what was indicated on the surface; so for that reason divine wisdom took care that certain stumbling-blocks, or interruptions, to the historical meaning should take place, by the intro­duction into the midst (of the narrative) of certain impossibilities and incongruities; that in this way the very interruption of the narrative might, as by the interposition of a bolt, present an obstacle to the reader, whereby he might refuse to acknowledge the way which conducts to the ordinary meaning; and being thus excluded and debarred from it, we might be recalled to the beginning of another way, in order that, by entering upon a narrow path, and passing to a loftier and more sublime road, he might lay open the immense breadth of divine wisdom (4.15, emphasis mine). 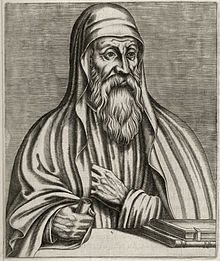 Origen clarifies this statement with several examples. One of which is Genesis 1. “Now,” Origen writes, “who is there, pray, possessed of understanding, that will regard the statement as appropriate, that the first day, and the second, and the third, in which also both evening and morning are mentioned, existed without sun, and moon, and stars— the first day even without a sky?” This is impossible, is it not? Of course, some may want to petition, saying “evening” and “morning” then were just not as we know them now. But once you have conceded that, you have proved Origen’s point. The attentive reader will realize that “evening” and “morning” must not mean what we take them to mean if there is no moon, sun, or stars. If that is the case, we are forced to ask what the Scripture means by “evening” and “morning” or what more pressing point we are meant to see in the story. So, there are in the scriptures “things which cannot be admitted his­torically [read: literally], but which may be accepted in a spiritual signification” (4.16).

Holmes teaches us then, in the second place, that the Scriptures are full of things that are not invisible but unnoticed. Reading in the “hermeneutic of Holmes,” we are obliged to pay attention to the smallest of details, the most bizarre of details, and trust that the Holy Spirit has wisely given the Church odd things from which we can discern the truth.

Perhaps the greatest lesson for the Church, however, is learned by admiring Watson’s patience and commitment to his — at times arrogant and mistaken — friend. Watson teaches us to recognize the great gift we have in learning from others. It is a gift to observe things together. Holmes leads Watson to see what he could not before. While Watson is a trustworthy companion with his own gifts, he benefits from hearing Holmes’ explanations and deductions. If we hope to learn to read the Scriptures in the “hermeneutics of Holmes,” then I am most persuaded that we must learn to read the Scriptures together. And to read them with interpretive Holmeses such as Steinmetz, Yoder, Origen, and the great many others who have sat humbly with the Scriptures, “turning it over, rearranging his facts, looking at it from every point of view.”