I took Will Willimon’s introduction to ordained ministry class in my first semester of divinity school. Pastoral ministry was not on my radar; and I’d never heard talk of ordination until student orientation, when I discovered nearly everyone was seeking 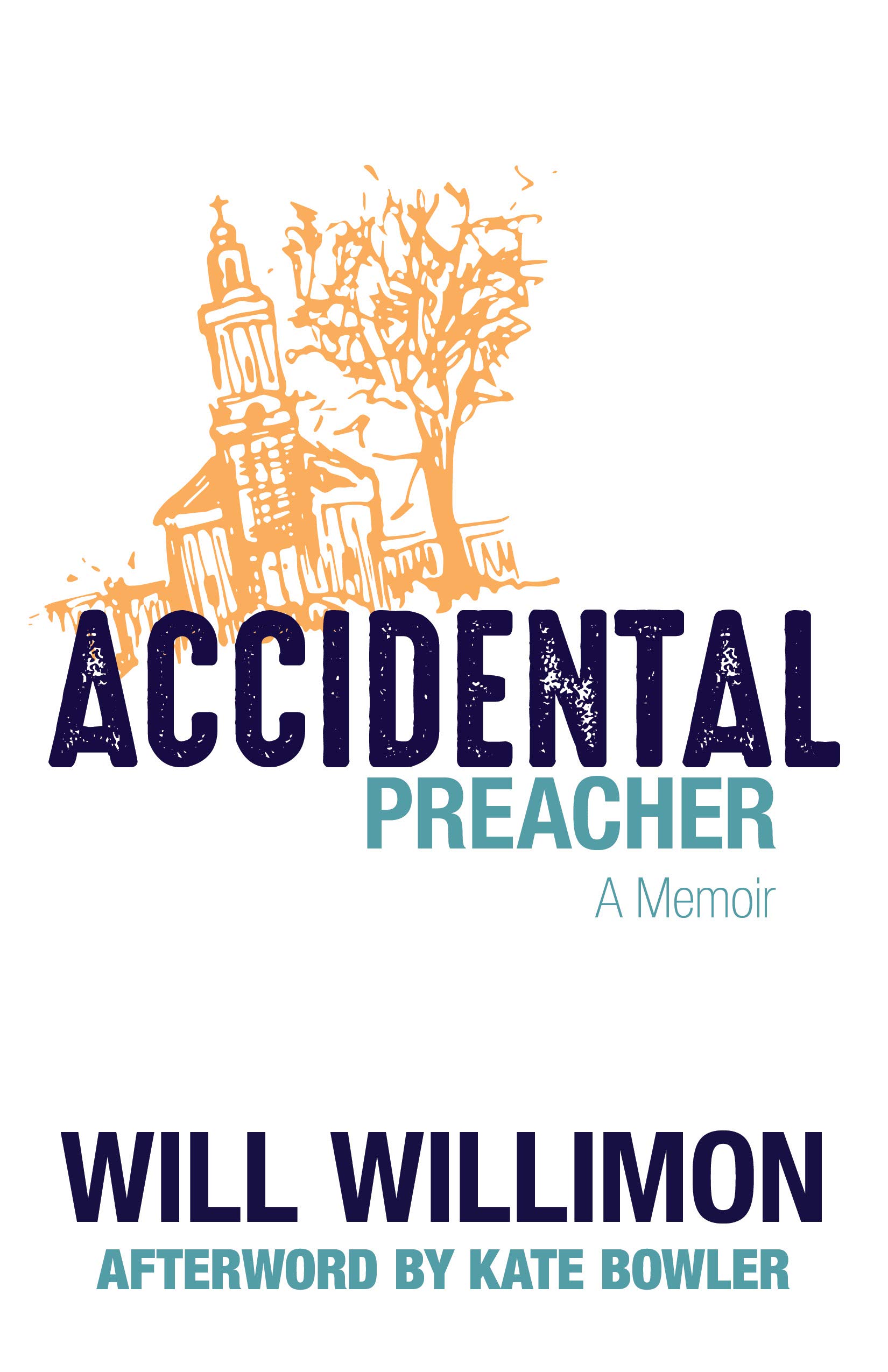 ordination but me. Will wrote a chapter for Kent’s book Sanctified by Grace, which I copyedited. So, I signed up for his class because I thought, “If Kent likes him enough to invite him to write for his book, he ought to be pretty good.” Will did not persuade me into pastoral ministry. In fact, he wound up being the professor who signed off on me switching from a Master of Divinity to a Master of Theological studies, as I flailed about unsure of what God was calling me to do. So, in some sense, I suppose you could call me an accidental preacher, which is also the title of Will’s memoir. We are kindred spirits in that regard.

Will’s memoir is filled with honesty, joy, humor, and rich theological and pastoral insight. For those who have listened to Will for any length of time, his sarcasm is predictable and his grace is abundant. Most of all, this memoir is a testimony to the God who refuses to stay an arm’s length from any part of the world God so loves.

As we walked together this morning, I told Jessie that Will had finally made me want to be a Methodist minister. Now, I am not going to leave my congregation in order to seek ordination. What I mean is that I finally understand why Will, who pours out criticism on his denomination like rain from a June afternoon thunderstorm in Alabama, has stuck with that particular group of Christians for so long. Speaking of one experience, he writes, “That’s church for you. Church forces us to march in and sing even when we’re not in a singing mood, not feeling faithful, and ‘joyful and triumphant’ is not us. Church doesn’t wait for you to have the proper motivation for worship in order to call you to worship.” Christ met Will in the Methodist church and Christ put him to work there. Inevitably, I suppose, Christ grafted Will into the church so that his qualms did not overcome his calling. Thank God.

Eugene Peterson says his goal, as a pastor, was to get out of God’s way. I imagine in the Presbyterian theological imagination that is a possibility, for God to so fully direct us that we are, for all intents and purposes, out of the way. But Will is a Methodist and, as Kate Bowler writes in her afterward, Will is a “grand” character. I would think a freewill loving conversationalist might have trouble getting out of the way. Fortunately, nothing in Methodist theology, that I’m aware of, gives us reason to believe God wants us to get out of the way. God called us to put ourselves in the way, to interrupt, to proclaim the way! Or, in Will’s own words, “I lacked the courage to try drugs in college, but surely uppers give no greater high than Sunday morning as I rise and declaim to a defenseless congregation, ‘Get ready to hear a word you’ve avoided all week.’ Quite a rush.” Now, I’m simplifying both Will and Eugene Peterson (and, with them, their traditions). They’d be closer to the same page on preaching than I’ve characterized. Because what Peterson meant is, I think, along the same lines as what Will does with his “theological test”:

When composing a sermon, I apply a theological test: What is God doing in this biblical text, and what might God condescend to do in my sermon? Preaching arises from the conviction that Christ really is present, or could likely show up, in Word and sacrament, speaking for himself, walking freely among his people (Bonhoeffer’s definition of preaching). Christ, the only preacher…Every biblical text, even the most prosaic, God can use as an excuse to take on our assorted idolatries. In my sorriest sermons, Jesus may elect to preach.”

We aren’t getting out of the way so much as we are allowing ourselves to be filled with the Word of God in order to pour out the Word of God to the people of God. As Will writes, “The Holy Spirit loves nothing better (thank God) than to rip a sermon out of a preacher’s hands and romp wildly in the congregation.” What a way to imagine what happens when we preach.

I may not have been convinced I should be a pastor after taking introduction to ordained ministry. I didn’t discern my calling in that class. But, now that I have, I am glad by God’s grace to have gotten to know Will. Whether in his writing or in conversation, I rarely feel as certain of my call as I do after interacting with him. This is true of his memoir. Pastors: read and enjoy and, I hope, remember your calling.